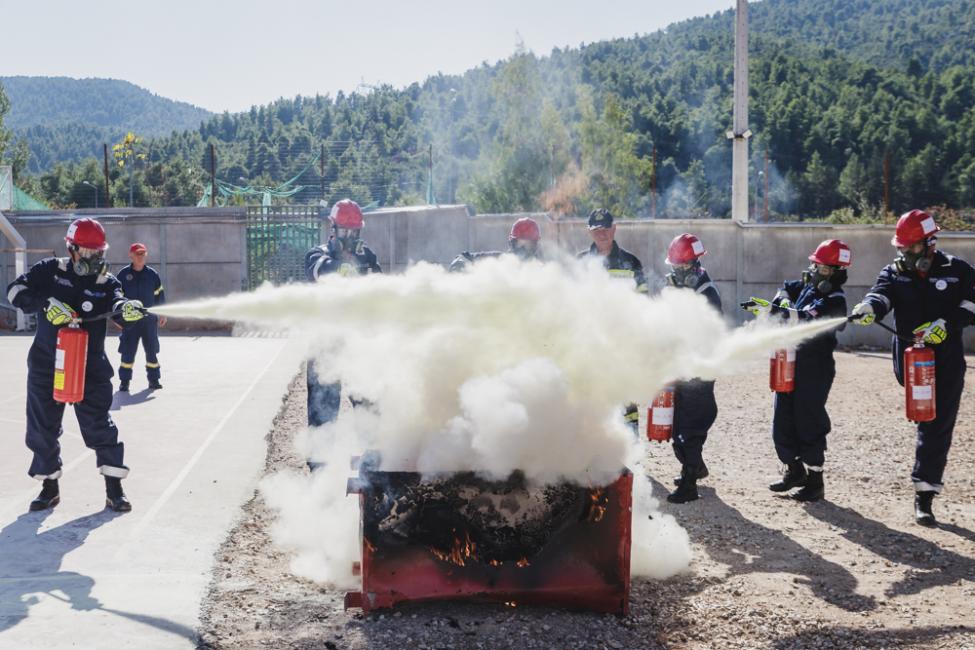 The Malakasa Open Site has now acquired a strong protection team following Samos, in the context of the training conducted for refugees and migrants in dealing with forest fires, earthquakes and natural disasters in general. The Malakasa emergency team with the code name 2nd GRRRF4REF Emergency Team MALAKASA is also the 1st team whose members are also trainers.

In this pioneering program, funded by the Recovery Fund, participants were 23 refugees from Afghanistan and Iran, amongst them eight women. Unprecedently, two disabled people were also amongst the participants for which a special protocol was put in place for their education.

Through the program the message resounded is that the protection of human life constitutes an integral part of the integration mechanism, which facilitates a smooth transition to education in critical sectors of the Greek Economy.

The training of the refugees lasted one week for firefighting and one week for the theoretical language and intercultural courses which was carried out by a group of senior officers of the Fire Service and trainers of the International Organization for Migration with the assistance of interpreters.

It is worth noting that migrants and refugees have shown an active interest in learning not only self-defense, but also the Greek language.

The training was attended by representatives of the European Commission and the United Nations High Commissioner for Refugees (UNHCR), the Commander of the fire service in Viotia, Mr. Simos Apostolou, the Commander of the fire service in Oinofyta, Mr. Georgios Aloniatis, Manager of the Open Site of Malakasa open site, Mr. Charalambos Christou, and a special unit of the Armed Forces who also contributed to the conduct of the exercises.

All the integration programs of the Recovery Fund are implemented through the cooperation of the Ministry of Migration and Asylum (Integration Sector), which belongs to the portfolio of the Deputy Minister Ms. Sofia Voultepsi, along with the International Organization for Migration (IOM) and the general coordinator is the Brigadier General Dr. Calliope Saini.

In the pioneering training program for refugees and migrants of the Recovery Fund, the contribution of the European Commission and the European Union Agency for Asylum - EUAA, who offered technical assistance through a specialized group of experts, was crucial.

The action is implemented within the framework of the National Recovery and Resilience Plan “Greece 2.0” with funding from the European Union NextGenerationEU.