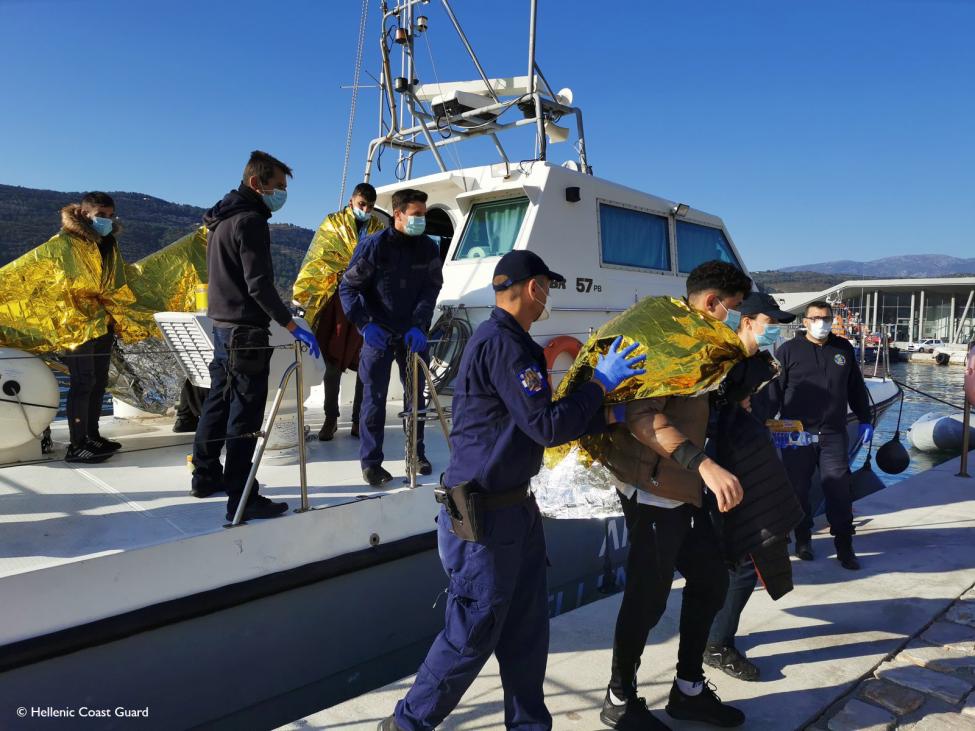 UNHCR, the UN Refugee Agency, and the International Organization for Migration (IOM) express their deep sorrow at yet more loss of life in the Aegean, in two separate shipwrecks earlier this week.

In one of the incidents, a vessel capsized off the Greek island of Evia. The Hellenic Coast Guard announced it had recovered the bodies of 22 people, including 11 men, six women and five children, and had rescued another 12. While rescue operations are ongoing, dozens are still feared missing as, according to reports, the boat, which sank in stormy seas, was carrying almost 70 people.

Meanwhile, in a separate incident off the Greek island of Samos on Tuesday, another body was recovered after a dinghy reportedly carrying 12 people capsized. Four people have been rescued by the Hellenic and seven are still missing. UNHCR and IOM appreciate the efforts of the Greek Authorities, and everybody involved in the rescue operations.

Less than a month ago, two deadly shipwrecks off the Greek islands of Lesvos and Kithira had claimed at least 28 lives.

“Every life lost is one too many. Tragic deaths at sea and further suffering are avoidable but only with concerted action and international cooperation to find viable solutions,” said Maria Clara Martin, UNHCR Representative in Greece. “To prevent the use of increasingly dangerous routes and smuggling, refugees need realistic and humane alternatives that protect their right to safety and asylum,” she added.

“Children, young women and men continue to drown in the Mediterranean. The need to save lives and prevent more tragedies should be a priority driving international efforts to promote safe migration pathways which can minimize the risk of migrants dying or going missing,” said Gianluca Rocco, Chief of IOM Mission in Greece.

IOM’s Missing Migrants Project has documented at least 25,114 deaths in the Mediterranean since 2014. In Eastern Mediterranean route 2,162 people have lost their lives during the same period.

Since the beginning of 2021, 111 people lost their lives trying to reach Europe through Eastern Mediterranean route and more than 2,000 deaths were recorded in all the Mediterranean Sea.